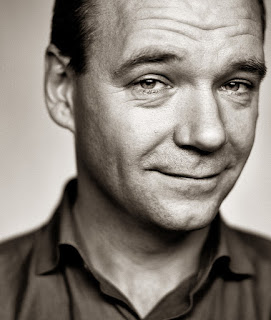 The writing process of The Man Who Forgot His Wife

I am always fascinated by the process by which other writers produce their books. ‘I can only write with a quill on aquamarine vellum in the converted dovecote of my Tuscan farm’ or ‘I dictate everything into the voice recognition software on my palmtop and that works really wkqjhg’. I have just finished my fourth novel and this time round I kept a sort of progress diary to record problems and ideas. The first entry in this journal reads ‘I have absolutely no idea what Novel #4 is about. I don’t know the subject matter, the characters, whether it’s written in the third person or the first person, where it’s located or when it is set…’ and I carried on like this for two or three pages. When I got home that evening my wife asked me if I’d had a good day’s writing. ‘Yes, I did a thousand words.’ ‘That’s fantastic! Well done.’ All writers are haunted by that scene of the author in The Shining; typing away for days and nights but all he’s written is ‘All work and no play makes Jack a dull boy’ over and over again. At least he’d settled on a sentence to repeat. There were times when I felt like doing that, but couldn’t commit to the name ‘Jack’ for that particular character.

Gradually I developed an idea of what this new novel should be about. I had looked around at my contemporaries and noticed a few of them were expressing dissatisfaction with the way their life had turned out. Some were making radical changes in an attempt to make up for apparent lost opportunities, some had even left their partners or completely changed careers in a mid-life crisis that bordered on panic. And I was thinking, ‘If only we could see our lives with completely fresh eyes; if only we could view it all from the perspective of somebody who has nothing.’ And that is when idea for The Man Who Forgot His Wife came along. I added the detail that before my narrator loses all memories, he had been in a middle of a difficult divorce. But now when he meets his partner as if for the first time, he falls completely in love with her. So it is basically a classic tale of ‘Boy meets Girl, Boy falls in love with Girl, Girl says ‘No thanks, I’ve already been married to you for twenty years and I’m not falling for that again!’

While I sat at home bogged down somewhere in the middle of the book, the early stages of publication were already swinging into action. I saw on the internet that readers could already order their copy now. My publishers sent me the completed dust jacket which I wrapped round an old dictionary and propped on my desk as some sort of sadistic, symbolic trophy.

‘Oh wow, is that your new novel?’ said friends seeing the book.
‘Ah no, that’s just the cover. I mean, the book inside does have all the same words as mine. But just not in the same order.’

Now the due date seemed to be approaching faster than the end of the novel. I started working evenings and weekends, struggling to accommodate the mass of material in my mental hard drive. And finally I reached the punch drunk stage where you think ‘I have no idea if I like any of this any more – maybe I should completely start again with that idea of the gay Viking.’ Somebody once said ‘You don’t finish a novel, you abandon it’ and so it is at the end of such a project that you slip into a sort of numb stupor in which you become vaguely aware that the paramedics from the publisher’s have taken over. You look down and see yourself nodding weakly as the copy-editor points out that one of your characters has changed gender half way through. I don’t think I awoke from my trance until the book’s launch party. One of the top brass at my publishers wandered across and said ‘Congratulations, John. So can we have the next novel from you to publish this time next year?’

He gets out of hospital in a couple of weeks.