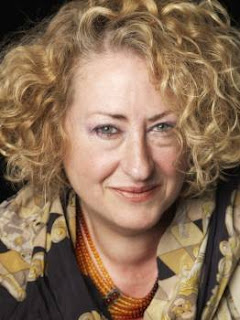 The British are a strange race, full of contradictions. It’s one of the things I both love and loathe about us. We are outspoken in our defence of liberal values, yet we allow our governments to pass ever-more illiberal laws with barely a complaint. We are champions of equality who preserve, through our love of royal pageantry, a class system that has not served us well. We are pioneers in universal healthcare and opportunities in education whose ideologists are, bit by bit, picking them apart in favour of the free market. We are prudes whose biggest-selling national newspaper features a new pair of naked breasts each day.

My psychological thriller, The Wicked Girls, is, in part, at least, about another oddity of the British psyche: our rigid ideas about good and evil – and how wrong-thinking we can be when we apply them to children.

As a nation, we are very, very strange about children. There is no doubt that we love them (well, our own, anyway), but it would be easy for a stranger to conclude that we don’t like them very much. Our public spaces and restaurants are rarely designed with them in mind, we hush them on trains and keep them shut indoors, as much to spare other adults from having to take care on the roads as for their own protection. We theorise constantly and, often, smugly, about their upbringing – but if a child, like Bel and Jade, the central characters of The Wicked Girls, makes a dreadful mistake, its actions will be judged, if anything, on harsher terms than would be applied if they were an adult.

As a child in the UK, you can expect to be watched over, discussed and advised, both officially and unofficially, at every stage of your development and by every adult you encounter. But commit a crime, or step outside the rules laid down, and you’re on your own. And if you’re really unlucky, you will become an Example For Society. Our most celebrated Evil Children, Jon Thompson and Robert Venables, two pre-teens who, in 1993, and in terrible circumstances, murdered a toddler, James Bulger, have become, in the imaginations of many of my fellow countrymen, representations of unalloyed wickedness on a level with the most dedicated serial killers. While their crime was unarguably appalling, my country’s almost united belief that no mitigations – no childish failure to forsee consequences, no family histories, no issues in society at large – could make the perpetrators anything other than simply and permanently ‘evil’ is, in my view, a deep stain on our collective character. One of the incidents that led me to writing The Wicked Girls was receiving an email, years after Venables and Thompson were released, asking me to sign a petition calling for their permanent imprisonment.

So why do we behave like this? I think that a good deal of the British demonization of children who step out of line comes from an unrealistic attitude to the state of childhood itself. If you asked a British person to give three words that typified childhood, you are almost guaranteed to find that one of the words they supply will be ‘innocence’. It’s a belief that’s close to obsession: that children exist, and should be kept, in a state of absolute ignorance about the world, and its bad sides, (and one of these ‘bad’ things is sexuality – the debate about whether homosexuality should be raised as part of sex education, for instance, still rages on), and that a ‘good’ child will continue to exist in this magically clean state until suddenly, overnight, it emerges from its chrysalis as a fully-fledged, worldly adult. This belief takes no account of the gradual processes of learning and experience that actually typify the path to maturity. But also, and worse, it, like many belief systems, religious or otherwise, requires that all its followers blind themselves to evidence that might disprove it. So a child who errs, who strays from the straight and narrow path of its own innocence, cannot be an example of its society’s rational failures, but must be evil by nature: a demon, nobody’s fault but its own. There’s a terrible irony to the fact that the same British newspapers that urge us all repeatedly to ‘think of the children’ are the same ones who would so eagerly consign the ones who take a wrong step to the fiery pits of hell.